Our team will be ready to greet you at the Scottsdale Resort at McCormick Ranch! Make sure you come say hello and get checked in for a great experience.

Join us for a mixture of fresh ideas and new ways of thinking with content that is designed to create new ideas to solve big industry challenges.

Put on your finest and plan to join us for cocktails and red carpet moments before dinner. Schmooze with other industry leaders, make new connections, and renew old friendships. There is sure to be plenty of laughter to go around, so make sure you bring a smile and have your photo taken by our professional photographer.

Be a part of the party and enjoy great food, an amazing atmosphere, powerful keynotes, and what is sure to be a night of laughter and excitement.

Lyndsay Hailey will be with us for an incredible experience. Lyndsay is a Writer/Director, Comedian (iO and The Second City), and Thought Leader.

She’s an expert in teaching corporate leaders to embody integrity and communicate authentically with clients and colleagues.

Lyndsay Hailey is the co-writer of Channing Tatum’s Magic Mike Live and performed as the show’s first-ever female emcee from 2017-2019. Lyndsay was awarded “Best Host in Las Vegas” for her role by Vegas Seven magazine. An alumna of The Second City National Touring Company and iO Chicago, Lyndsay is a master of improvisational and sketch comedy. She has toured the United States and internationally as a teacher and a performer.

In addition to her comedy, Lyndsay is a spiritual coach and certified Kundalini yoga instructor whose work in the consciousness field has taken her across the globe. She is the creator of a new methodology called Presence Practice, also known as the “upsidedown improv school,” which combines improv and breath-work to help students remove blocks and awaken to their highest potential. 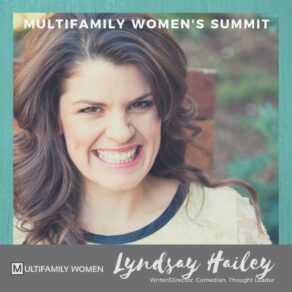 Grab a coffee, have some breakfast, and get pumped for an amazing day ahead! 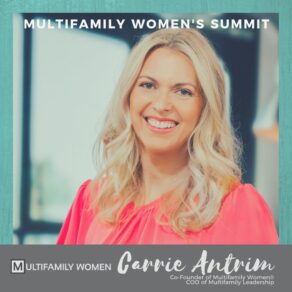 How do you take control of a company from A to Z? Leading a company or team requires you to make sudden shifts from marketing meetings, to HR, to discussing financial transactions, and everything in between.

We will look at the full enterprise of running a company, department, or team. With a strategic vision, we will discuss how top leaders are getting people involved when they may not understand the overall strategy.

The future is bright in Multifamily for people that give a damn. Good leadership is about developing strong relationships, supporting and developing other leaders. We will highlight those who really care, are engaged, are involved, and how they manage their daily duties to stay so involved. 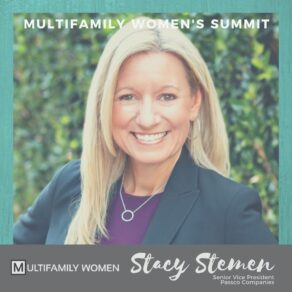 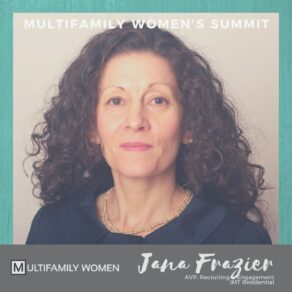 We will dive deep into what executive women are doing to continue to engage their teams. How to walk into any situation and make an impact. From an executive’s perspective, we explore what to do to get back on track. We have a segment of this show called “Confession Session” where we talk about the big mistakes that have been made and how the leaders got back on track, who was involved and how to make it happen for you. We all follow people we respect and admire so learn from high-level leaders that have made difficult decisions to advance their career and company. People want innovation, inclusion, and the adoption of new technology. Turns out change management is a critical step in inspiring innovation within a company. Understanding how to leverage and integrate both typically male and female behaviors will be the path to modern leadership norms and success in a tech-led world. 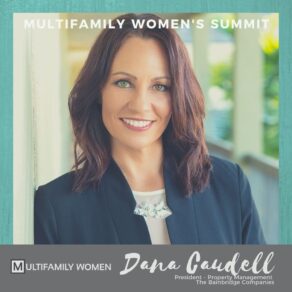 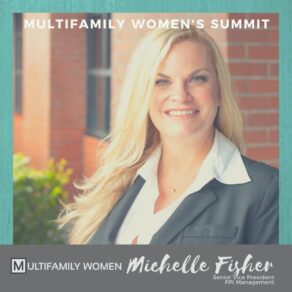 2:15 — 3:15
Shifting Customer Expectations and How Work Will Change

Shifting customer expectations is changing how we work and lead teams. Women influence 83% of all consumer spending in the United States. Consider how your revenue goals and performance are influenced by women. For new technologies to serve Multifamily, properties and portfolios, products and technologies should be developed and inspired by a group as diverse as the customers they serve.

The multifamily industry is rapidly changing and feeling the impact of technology, informed consumers and market saturation. The challenge is how to stand apart, relevant and competitive in this new era? The answer is intentional leadership. Leaders who lead people over processes to a defined purpose. The problem that many struggle with is how? it starts with defining the company’s purpose, identifying the right candidate aligned to that purpose, giving them what they need to succeed by training to the purpose, and finally developing to that same purpose. When organizations follow this model, hires are made based on fit, goals and aspirations, not just skills and experience. Customized training programs provide the tools and resources for associates to be successful, and leaders are trained to lead the individual making the identification of future leaders a natural part of the process. As those future leaders make their way into formal leader roles, they are equipped with the necessary tools to keep the cycle going. Repositioning the company to adopt and intentional leadership culture can be done in 4 steps. 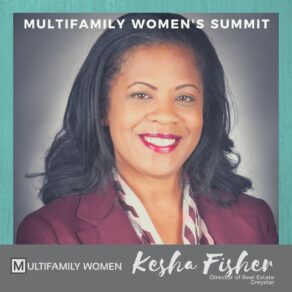 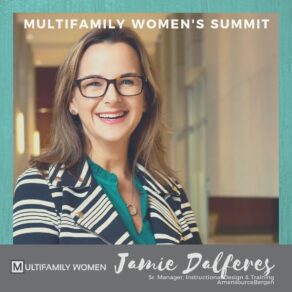 Connect with industry leaders over a drink and good conversation.

Number of attendees is limited!

Don't miss your seat. Join the discussion in Scottsdale now