Focusing Your Mind to Achieve Your Goals 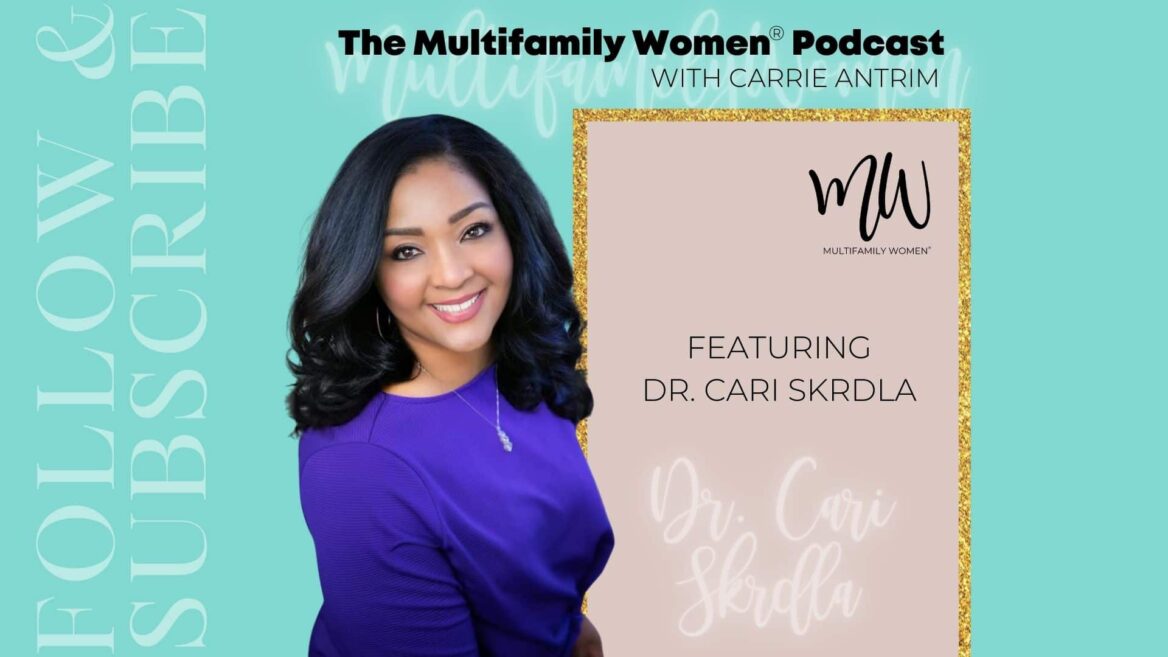 Dr. Cari Skrdla is an experienced neuroscientist and the founder of LifeBack Consulting. She has an undergraduate degree in Psychology from Eastern Michigan University,  an MBA from Western International University, doctoral studies in Psychology from Argosy University, and a  doctorate in Behavioral Sciences from the University of Greenwich. Dr. Cari is an expert in brain science and how that correlates to our everyday actions, for better or worse.

“I love this song!” shouts Dr. Cari Skrdla as she walks onstage, dancing and pumping her arms, her face beaming.

Dr. Cari Skrdla runs a company called LifeBack, which is a personal coaching service that helps people figure out what they’d like to do with their lives, and then set their sights on achieving it. But the journey there had many twists and turns.

“Where did it all begin?” asked Antrim.

Dr. Skrdla answers that she’s from Detroit, Michigan originally. She was raised in the 60s, during the era of Motown and says the city was absolutely beautiful. Her father, a Christian minister, headed the clergy council. Dr. Martin Luther King Jr. wrote her father a letter from the Birmingham jail, asking him to head south and join the Civil Rights movement.

Her father ended up organizing the very first Civil Rights March in 1963, with just 30 days to plan. That was Dr. Skrdla’s first march as well – her mother brought her while Cari was still in the womb.

“This really does tie into why my life has taken all the turns and bends that it has,” said Dr. Skrdla.

Dr. Skrdla went through something called the Early Identification College Program in Detroit, which brought 32 students in to be part of a co-op with a parent company. Dr. Skrdla’s parent company was Disney. When she was in tenth grade, she would go from school to one of five Disney facilities in Michigan.

“What I didn’t realize is that they were developing me as human capital,” said Dr. Skrdla. “The agreement was, if I graduated with high honors, they would give me an academic ride.”

That’s how she ended up attending Eastern Michigan University. Disney recruited her in her senior year and she began working in Employee Relations Management.

“Imagine this. It’s 1985, I’m 23 years old, and they gave me $50,000! Like, wow, that’s all the money in the world! I worked there for ten years, and left just shy of being the first African American President that Disney would have had. I did that because of this little guy named Kyle – my baby. I was just not one of those women that could drop him off and be okay with that.”

Dr. Skrdla says the women at Disney were extremely regulated in what they could wear in that time, and seemed stern and bitter for reasons Dr. Skrdla couldn’t quite pinpoint. That led her on a track toward neuroscience, where she studied something called MQ, rather than IQ.

“The Mindset Quotient assessment is something I created with a good friend of mine who’s a best-selling author. She’s written three books. Her name is Leslie Householder, and if you haven’t read it, her first book is The Jackrabbit Factor. She’d been a facilitator for Bob Proctor. Some of you are probably familiar with him; he’s known mostly for being in The Secret.

So this is Mindset Work. After my divorce, I moved into a little house in a neighborhood. It was like I was starting over; my mother was all panicked trying to fix me up. ‘What are you doing with your life?’ That’s how I met Leslie Householder, we were walking together everyday and she was asking me questions about the brain and the mind, and specifically what I call the Super-Conscious, because that’s what my dissertation was based on. I went from the brain into the heart. It was an interesting pathway to that.”

Dr. Skrdla says Householder did a fantastic job of consolidating what she’d been studying and breaking it down into simple terms anyone could understand. They started working on a test to determine Mindset Quotient, which looks at the level of thinking one is experiencing.

You can take that test at MindsetQuotientTest.com.

“Thinking is an act of creation. All that busy stuff going on in our minds all the time, that’s not us thinking. Thinking is actually saying, ‘This is what I want and this is how I’m going to get there’ or not even knowing what you want and entering into enough curiosity that you discover that and then invent it.”

Dr. Skrdla says the most powerful word her father ever taught her was “make-believe.”

“We get talked out of that so early in life. But we have the ability to make anything that we believe.”

The MQ assessment helps people make breakthroughs based on that notion, overcoming plateaus by helping people identify what level they’re on and point them to the resources that can help them reach the next level.

“I think that’s really interesting, because I would imagine that – myself included – many of us are operating on a daily basis in that comfort zone,” said Antrim. “Busy executives, professionals, moms even – you wake up and you do the same thing everyday. It’s get up, whatever your routine is, get the kids to school – whatever that is. To take the time to stop and make believe can be scary.”

It’s all about reaching the next level, Dr. Skrdla says.

“Your brain waves enter into what’s called a theta-state, and that’s where you want to be in order to create. And this isn’t new in the science world, and today, thanks to many, many authors that are out there, and definitely the Youtubers, there are tons of books and videos about our brain waves.”

Dr. Skrdla started trying to get people to understand that everyone is, in fact, manufactured. There are different influences throughout your life that make you who you are. When you first wake up and right before you go to sleep are perfect times for self-reflection.

Education, Dr. Skrdla argues, can come from within.

Dr. Skrdla says brain waves elevate during labor, when women are creating life. The heart rate slows down and pressure drops, nearly identical to someone transitioning into death. Researchers have found that women ascend to the highest level of brain wave function during that state, making you superhuman for just a moment.

Dr. Skrdla says you can do that intentionally. She, for instance, has trained herself to get excited anytime she feels afraid. She associates that with being alive.

That’s how she was able to skip over climbing the corporate ladder and instead go straight into becoming an investor. She started on that path because she wanted to feel alive.

Your comfort zone won’t necessarily look bad from the outside – you could have enough money and a happy life. But Dr. Skrdla wants a thrill. She argues we’re only truly conscious 2% of the time.

“That 2% is regulated by something new, something out of the ordinary. Or else it’s just all fading in the background.”

Dr. Skrdla wakes up each morning and uses those early hours to focus her day, very intentionally. The night before, she’ll have set herself up to do certain things she understands as odd, such as asking Alexa to remind her at noon to be alive, or purposely planting something to startle herself to wake herself up.

You have the choice to change your mindset about many things in life. You can decide to fall back in love; you can alter your perspective on yourself or your age. It’s simple make-believe. The mind, Dr. Skrdla says, is the most powerful thing in the universe. Thought is so powerful, it can be observed outside of the mind itself by scientists.

Antrim says Dr. Skrdla also has an insight into finding your soulmate, and has an entire course around it.

Another good idea is to choose a theme song for yourself. Music is extremely powerful. You can use it to hypnotize yourself.

“This is what I know is true: Any time I’m with Dr. Cari and she leaves the room, I’m left wanting more.” said Antrim, “There’s no more genuine person that I’ve ever met. Genuinely – I know this was not a rehearsed keynote, we barely discussed the questions or the road we were going to go down today. Every time you speak, I can tell it’s from the heart and it’s what you’re passionate about.”

You can find Dr. Skrdla on Facebook by searching “Dr. Cari LifeBack” or going to LifeBack.life. She sends out a newsletter once a month, which you can get by emailing her assistant at [email protected].

“Last week, women from all around the nation connected and had fellowship, fun, fitness, uplifting conversation, and MOST IMPORTANTLY…a safe space to be present, mindful, and feel seen and heard by everyone there. Feeling an abundance of gratitude and strength and peace and dang near all the emotions for this experience. If you’re in Multifamily and you’re a woman *most importantly* you HAVE to go next year.” 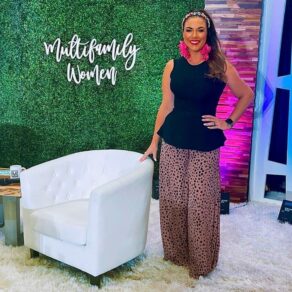 “I was invited to be a guest speaker at last week’s MultifamilyWomen® Summit.  With nerves & excitement I accepted, although I didn’t realize how significant this event was going to be for me. This speaking engagement was going to require me to tap into my greatest point of self development, to be candid & authentic while trusting myself and my experience. The interview was organic, more like that of a late night talk show than a panel presentation. To all of the women at the summit this year, thank you! You have left your mark on me and I will not forget it! I made and strengthened many connections this week and am looking forward to continuing to collaborate together. See you there next year!” 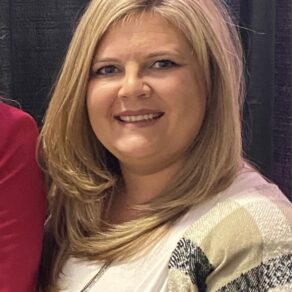 “My first time joining in on this event, and certainly not my last. I’ve attended hundreds of conferences over the course of my career and none has been as impactful as the Multifamily Women’s Summit. Thank you Carrie for empowering and supporting us!!!” 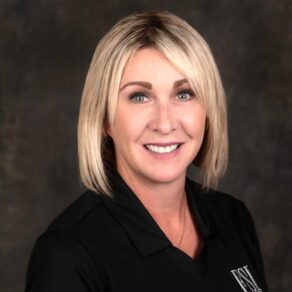 “Last week, Continental was a sponsor for the 2nd Annual Multifamily Women’s Summit in Scottsdale, Arizona. Christina Crutchley, Community Manager at Springs at Red Mountain in Mesa, Arizona, attended the two-day event. ‘This was my first time attending a Summit, let alone a 2-day event comprised of motivating and commemorating a room full of female industry leaders,’ said Christina. ‘There were great conversations had, new friendships made, and a profound appreciation for being a woman and a contributor to our industry.’ Thank you to Multifamily Leadership for the opportunity to sponsor such a phenomenal event and support women in the multifamily industry.” 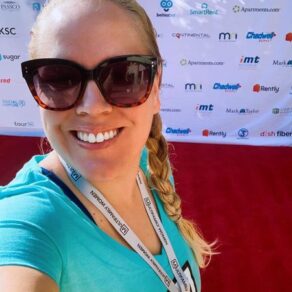 This summit is Produced by Multifamily Leadership